Students, staff recognized at the Nov. 8 board meeting

Each month during the school year, the Pattonville Board of Education honors students, staff and volunteers who have gained recognition outside of the district or who’ve made a special contribution to the educational programs in Pattonville. Learn more about students and staff who were recognized in November.

Sarah Carter, a fifth grade teacher at Rose Acres, was selected to receive the Science Teachers of Missouri (STOM) Excellence in Elementary Teaching Award. The award will be given at the STOM conference on Nov. 11 at Jefferson Middle School in Columbia, Missouri. STOM’s mission is to empower science teachers to advocate for excellence in science teaching and learning.

Ruhi Raval, a first grader at Remington Traditional School, organized a fundraiser over the summer selling fresh juice. She helped design a flier to advertise her stand to her neighborhood and walked around with her sister distributing the flyers. They used a slow juicer to make fresh juice in front of their customers. Raval collected $200 and donated the money to a classmate undergoing cancer treatments. 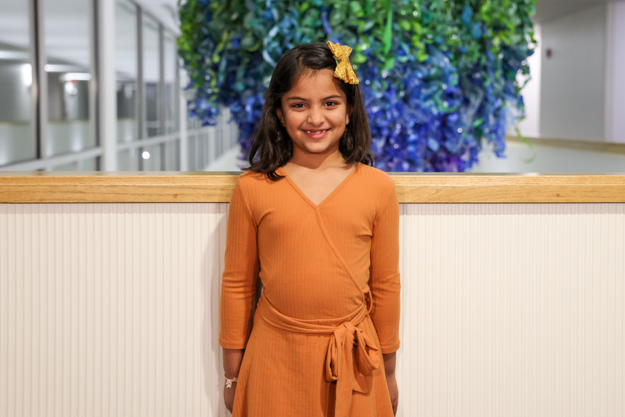 Shown above is Ruhi Raval who organized a fundraiser and donated the funds raised to a classmate.

The following students were selected to the sixth grade All-Suburban Orchestra. They are violinists Emily Arana, Alyssa Nicholson and Vivian Truong. Their director is Irena Goren-Scheer.

Seventh grader Clare Derhake was selected to the All-Suburban Middle School Orchestra for violin. The orchestra is directed by Marie Brown and Carlye Feeney.

Senior Maliyah Harris was nominated as Pattonville High School’s 2022 Outstanding Student Leader. The Outstanding Student Leadership Program provides training and recognition to youth in St. Louis County and assists youth with developing skills they need to be effective leaders and citizens. One senior from each county high school is nominated annually by their principal for participation in a leadership conference and recognition ceremony. 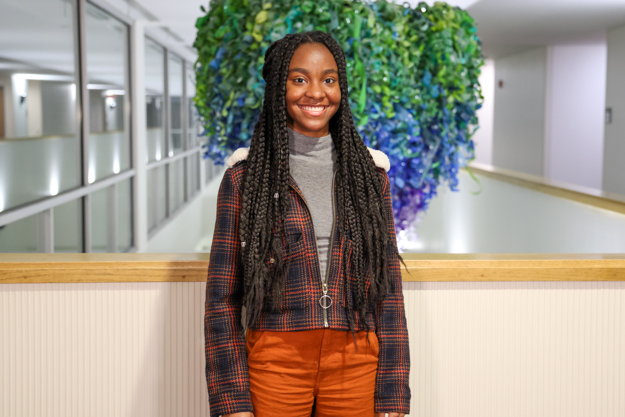 Talisa Prabhu's colored pencil drawing "The Mangos" was selected for display in the 2022 Young Artist Exhibition "Unfolding Identities" at the St. Louis Art Museum Student Gallery. The exhibit began in August and will be on display through January 2023. Prabhu, a senior, completed the artwork in Drawing 1, which is taught by Beth Kathriner. 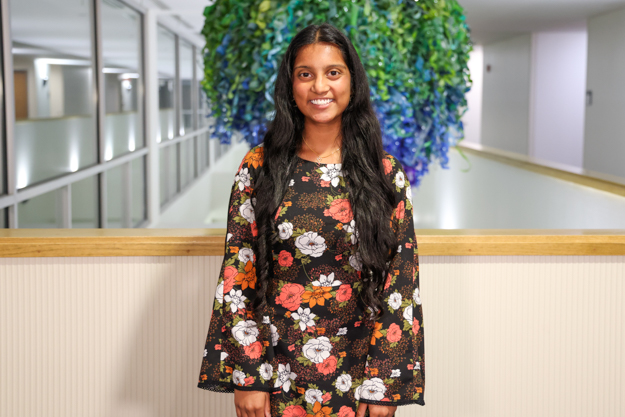 Talisa Prabhu is shown for having her art selected for the 2022 Young Artist Exhibition.

Officer of the Year

Mike Mooney, who has served at Pattonville High School for decades, was recognized by the Maryland Heights Police Department as its 2021 Officer of the Year for his outstanding dedication to duty. A ceremony was held on Oct. 12 to honor award recipients for the past three years. Mooney retired from the police department in July 2022 after 35 years of dedicated service, including serving as the high school’s school resource officer (SRO) from 1996 to 2022. Mike is currently a hall monitor at the high school. 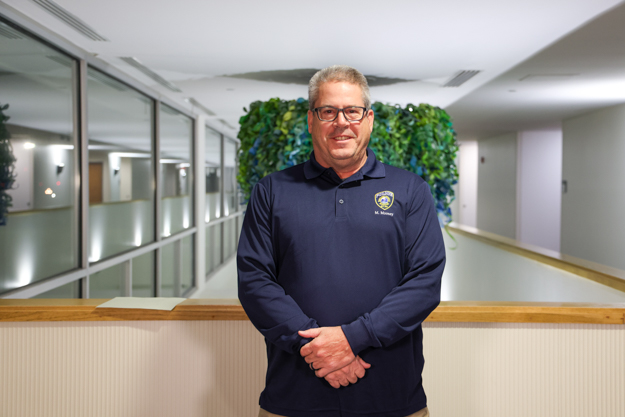 Shown above is Mike Mooney who was named by the Maryland Heights Police Department as its 2021 Officer of the Year.

Students from Pattonville middle schools auditioned for the All-Suburban Middle School Band. Students selected to the band from Holman are seventh graders Raymoen Goodrich Jr. for clarinet and Ann Russell for flute and eighth grade students Olivia Monroe for clarinet (for the second year in a row), and Edgar Toledo Avalos for trombone. Holman's band is directed by Adam Hall and Steven White. Students from Pattonville Heights who auditioned for and were selected to the All-Suburban Middle School Band are seventh graders Anna Click for flute and Olivia Hurd for alto saxophone, as well as eighth graders Kaylee Dyer for alto saxophone and Taylor Gray for clarinet. The Heights band is directed by Elizabeth Pace. 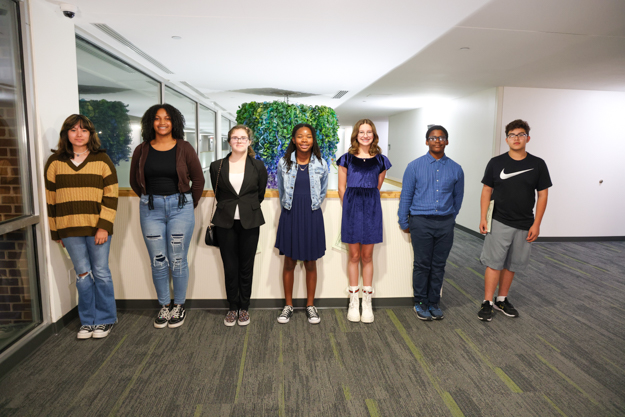 Anise Glenn, a kindergarten teacher at Willow Brook, and Lindsey Schaefer, a fourth grade teacher at Parkwood, were inducted into the Lindenwood University Athletics Hall of Fame with the 2016-2017 Lindenwood Lionettes Dance Team. The team of 20, which included Glenn, who was a sophomore, and Schaefer, who was a junior, competed at the NDA Collegiate Cheer and Dance Championship in Daytona, Florida, in April 2017 and won the Jazz Division II title. It was the first national championship win in program history. Both currently serve as coaches for the Pattonville High School drill team, with Schaefer as coach and Glenn as assistant coach.

Send a Pattonville Thank You Card 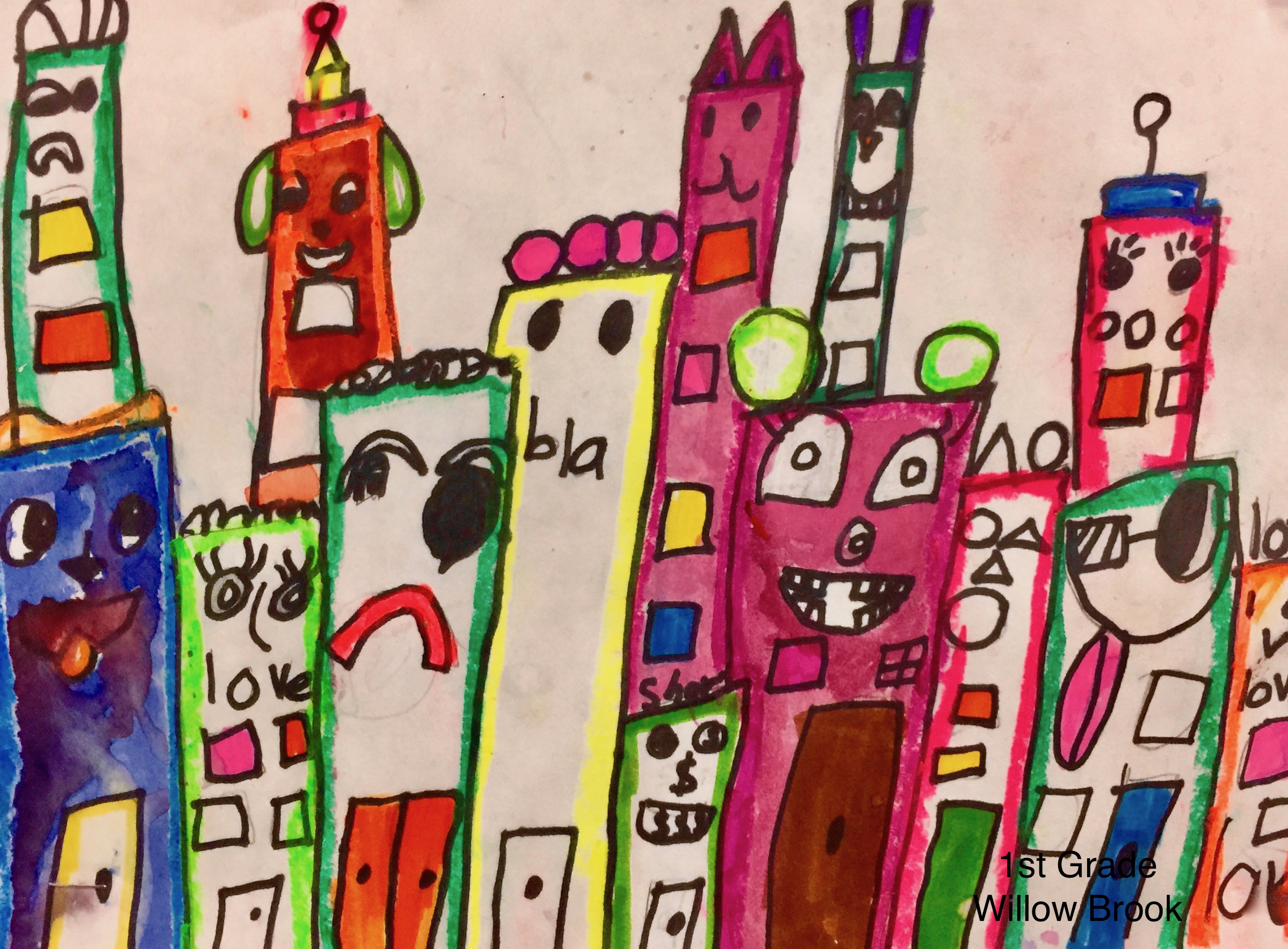 Give Us Your Feedback
Copyright 2022, Heights Middle School. Powered by Astroid Framework